The Oklahoma Land Run wasn’t just by horses and buggies and wagons. It was also “run” by trains! Trains In OKC Today. Before waxing nostalgic, let’s get a good dose of reality. Then I’ll explore the past. But, as for today … have a look at pictures that I took on a hot Saturday afternoon, August 11, 2007, and I’ll pretty much let them speak for themselves. For all pictures, click the image for a larger view. Of course, I didn’t take the Google satellite images … wish that I could! On The Ground Looking South Something Left Behind, Looking Southeast On the Tracks Looking Northwest Toward Classen On The Tracks Looking East At Walker Looking North Across The Tracks Looking Northeast Across The Tracks A Google Image of the Union Station Area

Looking Northeast At The Robinson Crossing On Compress Street Under I-40 Looking West You Can Almost Not See Them, Now Trolleys In Okc Today. Well, this one’s easy since there aren’t any! Aside from unremoved but partially hidden trolley tracks here and there, and perhaps the old bridge on NW 39th Street shown below, that’s all that remains. When I first wrote this paragraph,I’d thought that maybe the “old” NW 39th Street bridge at the north end of Lake Overholser shown below was used for the Yukon/El Reno Interurban line, but Larry (Buddy) Johnson of the Okc Metro Library System advises me that it was most probably NOT the rail bridge … he thinks that the rail bridge was where the “new” NW 39th Street bridge is now, and that makes sense to me (particularly since part of the Rock Island line once used the same bridge as the Interurban … the bridge below is certainly not up to big-time train standards, even size-wise). On further edit, the “most probably not” part is no more since I now have a pic of a trolley passing over the then-existing 39th Streettrain bridge, and it’s not this bridge. Still, I’ll leave the pics below for reference … but the “real” rail bridge of times gone by is different, as you’ll in the Okc Trolleys post in this series. The pics below were taken on August 13, 2007. 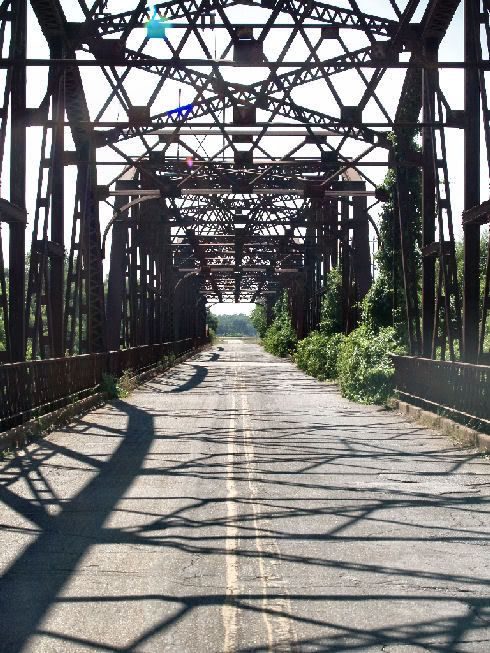 Looking Up, Notice What Must Have Carried Electric Lines See … I told you that the pics would speak for themselves, sad to say.